Dingle is the most westerly town in Europe and is often referred to as the next parish to America. With majestic mountains, green fields and quiet clean beaches, the Dingle Peninsula is a haven for walking and hiking, golfing, surfing and paddle boarding, sailing, sightseeing and deep sea fishing. The town offers a wonderful selection of pubs, bars and gourmet restaurants which serve the freshest seafood, locally landed each day. Dingle is a Gaeltacht (Irish speaking) area and has artists, writers, musicians and poets in abundance

The Dingle Way is a beautifully scenic long distance walking trail on the Dingle Peninsula. With a length of 153km or 95 miles, it circles the peninsula from Tralee Bay to Inch Beach to Dingle Bay. You can join the trail along its length and there are many short loop walks and mountain hikes and trails off the main Dingle Way offering excellent walking alternatives to cater for all interests. 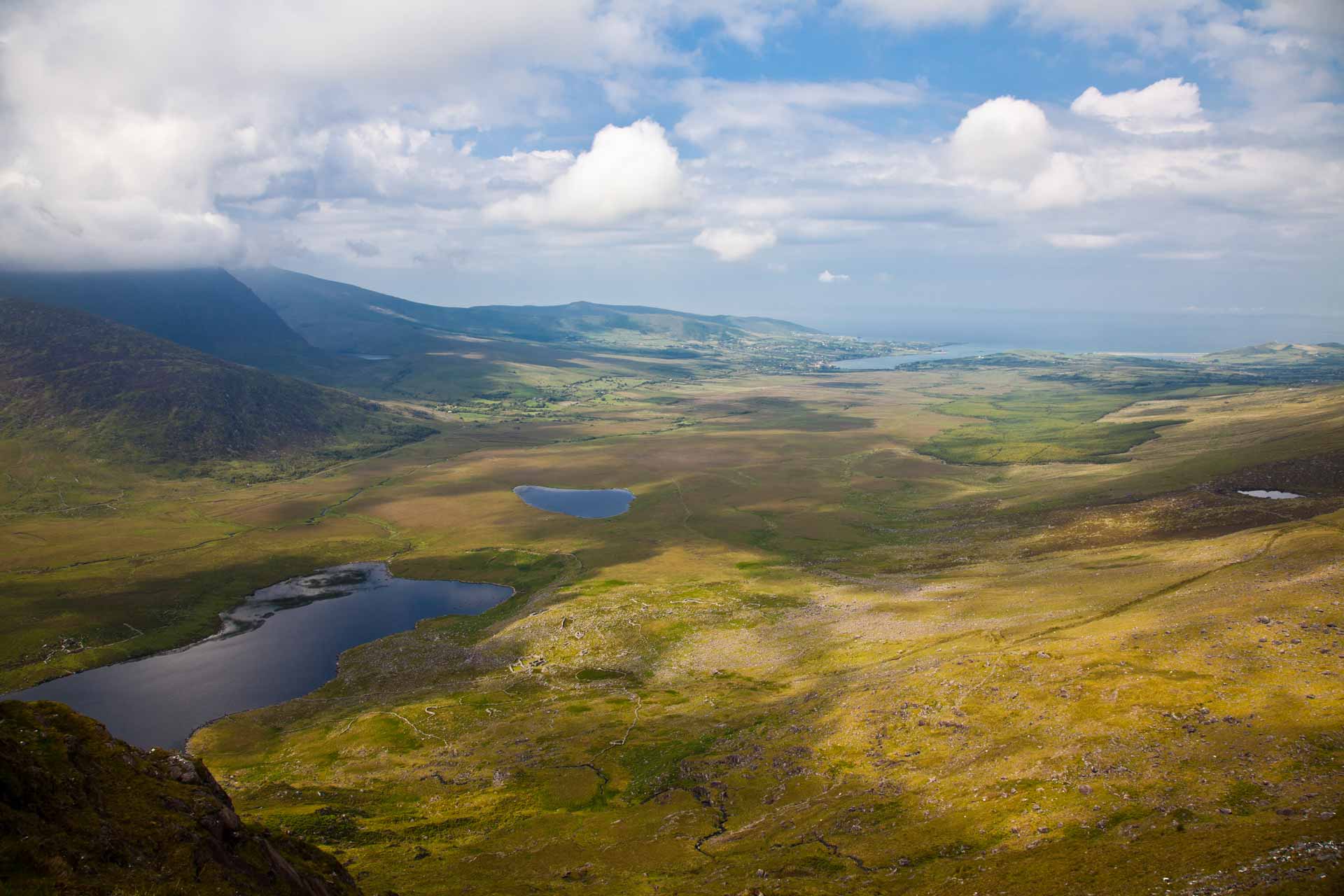 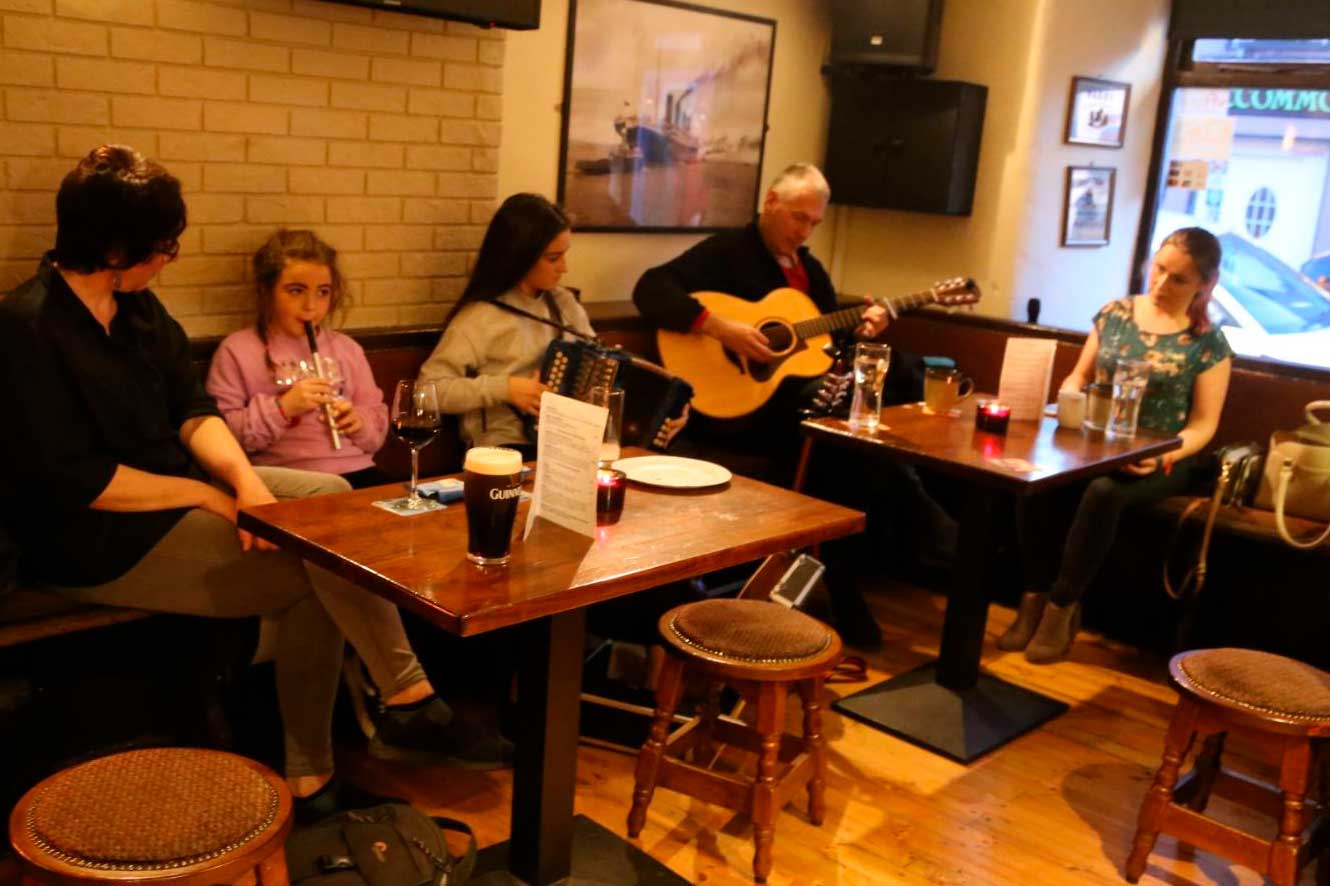 Dingle is well known for its traditional music and song and the regular planned and improptu sessions take place in many of the bars and pubs with some of the best musicians in the business. Dingle also attracts musicians from other genres and places, that come here to perform and work with trad musicians and new fusions form and develop from such collaborations

Music on the Dingle Peninsula

Departing from Ventry pier, the boat trip brings you on an unforgettable and photogenic tour around the Blasket Islands. Looking towards the land from the sea, shows the Dingle Peninsula coastline from a new perspective. You may see a variety of wildlife including whales and dolphins, sharks and seals, as well as many marine birds such as puffins, gannets, choughs and fulmars 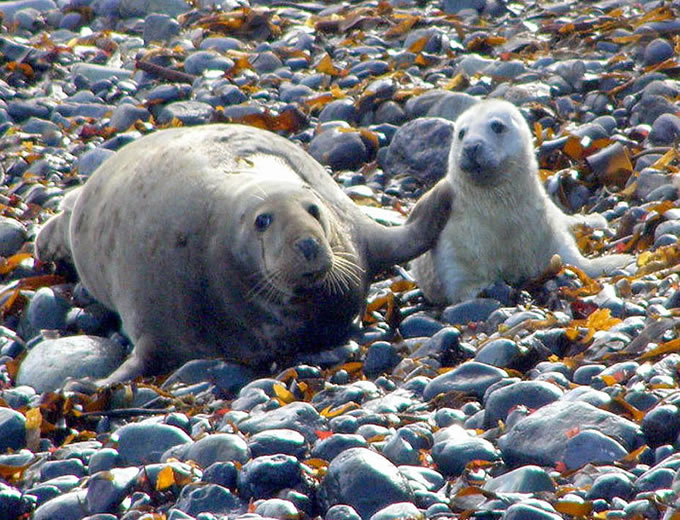 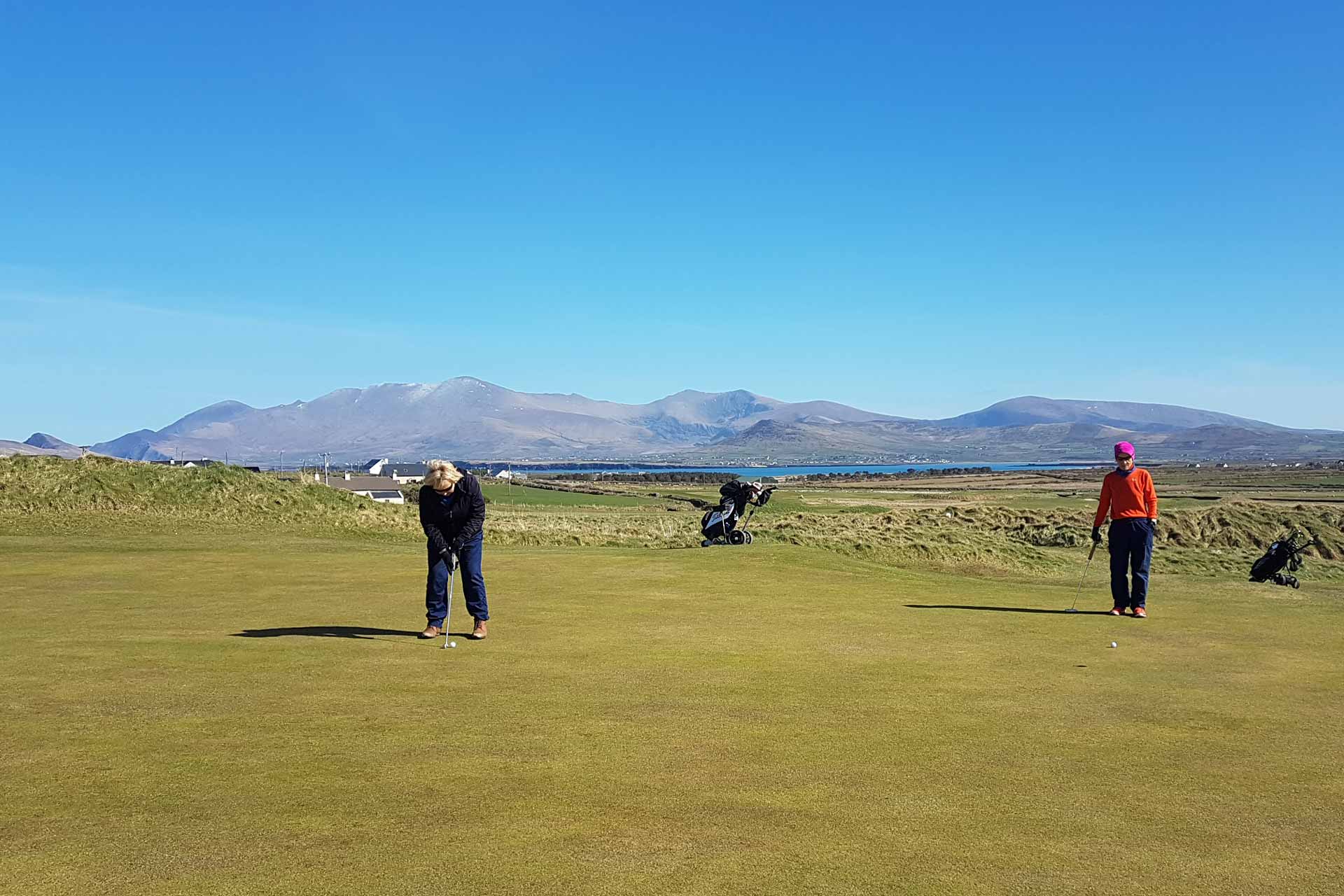 Ceann Sibeal Golf Links in Ballyferriter (7 miles from Dingle), is Europe's most westerly golf course. Set on the edge of Dingle's dramatic coastline, the unique micro-climate ensures that fescue, the champion of links grasses, thrives. Each hole on this course is carved from the natural landscape and as you play, you see the Dingle Peninsula in its entirety

Dingle International Film Festival is a boutique film festival offering unique screening experiences with a high calibre of actors and other film professionals attending the seminars and workshops. It is held in March

Dingle has always had two St Patrick's Day parades - the first is at the crack of dawn or 6am, the second at 12:45pm. Dingle’s Fife and Drum Band take to the streets to wake up young and old and bringing a magical start to the day

New Year's Eve in Dingle starts with a spectacular firework display over Dingle Harbour at 10pm. Afterwards, the Dingle Fife and Drum Band march around the town and ring in the New Year with thousands of people on Main Street

Autumn is a gorgeous time on the Dingle Peninsula so why not why not book an Autumn Break in our self catering holiday homes. You'll get great value and you are guaranteed to enjoy your visit to South West Ireland

The Dingle Peninsula is located on Ireland’s southwest Atlantic coast in County Kerry. It has many beautiful sandy beaches and spectacular cliffs. Inland are rolling hills and mountains, including Mount Brandon which reaches 952 metres. It is a Gaeltacht area, an officially recognised centre of Irish language and culture