A Taste of the Festivals of the Dingle Peninsula 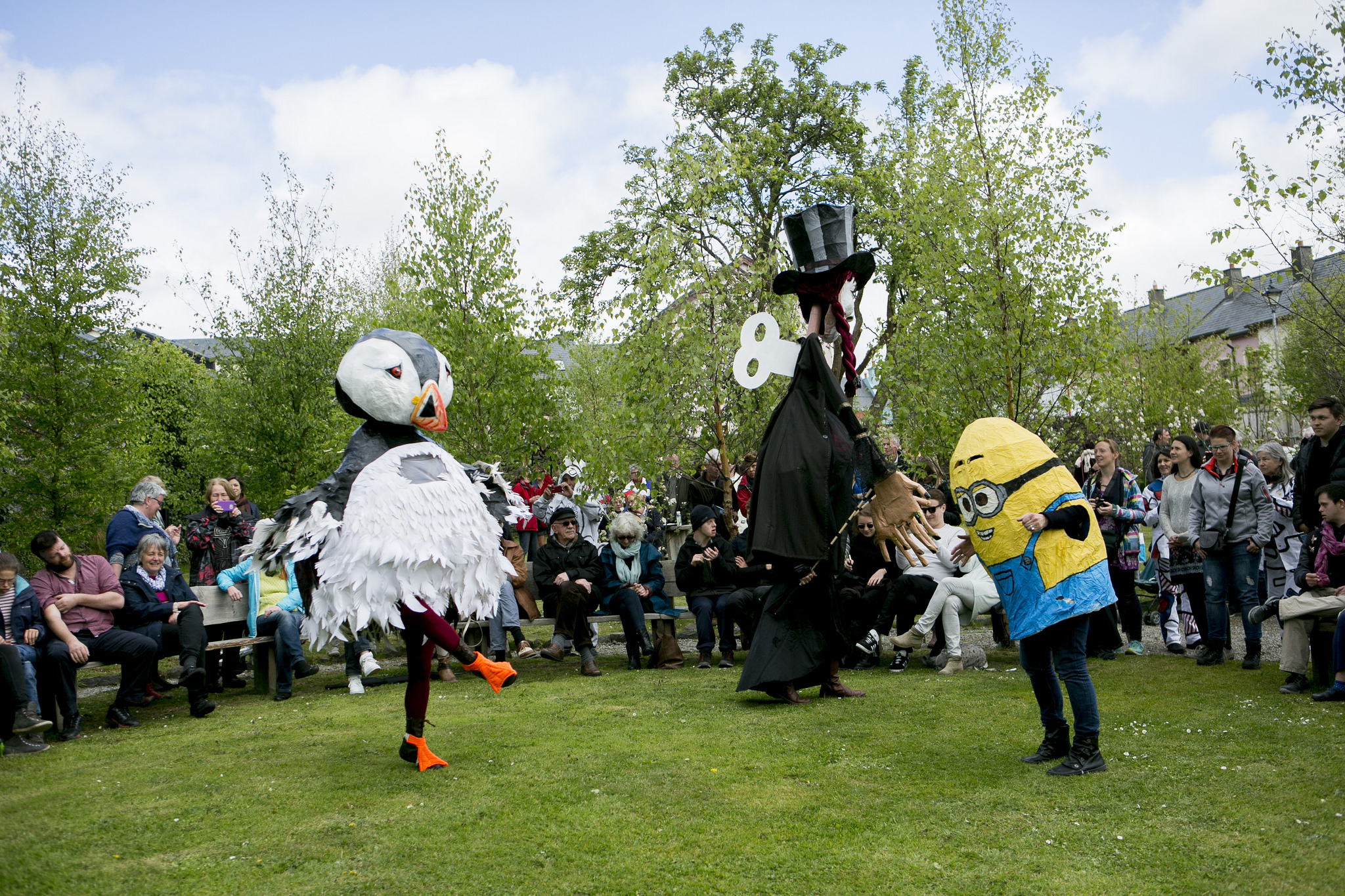 Féile na Bealtaine Music and Arts Festival takes place every May bank holiday weekend and it is a celebration of the arts - all the arts. Exhibitions of visual arts, book launches, ceramic arts, concerts, poetry, recitals, book readings, lectures, films, street theatre and the annual children's parade make for a packed programme of events.

It is supported by strong community involvement, including the participation of the local primary school students and their parents. There is loads for the kids to enjoy too with clowns, acrobats, jugglers and puppetry.

Established in 2007, Dingle International Film Festival has become a landmark event in Dingle's calendar. A boutique film festival which offers screenings, masterclasses and workshops. It is held in March of each year and is a real treat for all.

Colocated with the Film Festival is the Annual Animation Dingle Festival, where industry and third level participants join together to celebrate the best of animated content. The event is made up of conferences, screenings, workshops, and of course the 2018 Student Animation Awards.

Dingle has the first of its St Patrick's Day parades at the crack of dawn or 6am when the Dingle Fife and Drum Band take to the streets and bring a magical start to the day. They lead the townspeople around Dingle Town ending up at St Mary's Church for an early morning mass.

The second parade begins at 12:45 and has floats from many of the town's businesses and organisations. It is fun for the whole family and a real coming together for the people of Dingle

Launched in 2007 to celebrate the abundance of locally produced artisan food and the accolades awarded to restaurateurs, Dingle Food Festival has gone from strength to strength. Held on the first weekend of October, it is a must do for any foodie.

During the same weekend, the Blas na hEireann awards are bestowed upon hundreds of recipients. The most coveted food awards in Ireland, they were conceived as mark of international distinction, as prior to their inception, Irish food producers had to go abroad to receive recognition.

Other Voices is one of Ireland’s most unique music events. Since 2002, the annual gathering has established itself as a musical pilgrimage for the mind and the soul.

Now stretching along the Atlantic Way from West Kerry north to Derry, Other Voices attracts an expanding array of artists from across the musical spectrum to perform at this intimate musical event which is transmitted worldwide online and as a television series.

Past performances include Ellie Goulding, Amy Winehouse, Elbow, The National, Damien Rice, Snowpatrol, Ryan Adams and many others.

Back To All Posts